Blearospasm, a condition behind twitching

Medic Quotes    10:29 PM    Family , Health
Blefarospasm is a disorder of the contraction of the eyelid muscles , so the eyes continue to twitch or flicker. In severe stages, blepharospasm can make the eyelids completely closed so that the patient cannot see.

This condition is quite rare. It is estimated that there are only 15-100 cases of blepharospasm per one million people. Blefarospasm can occur in anyone, but more in women or middle-aged people, which is around 40-60 years. 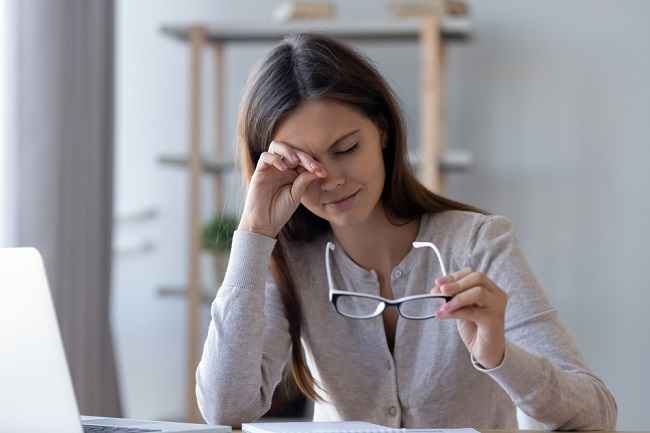 Understanding the Causes of Blearospasm

Until now, the cause of blepharospasm is unknown. This condition generally occurs suddenly for no apparent reason. However, a number of theories suggest that blepharospasm is caused by a disturbance in the movement control center in the brain (basal ganglia), and that this disorder is influenced by genetic factors.

There are a number of conditions that can increase the risk of blepharospasm, namely:


Types of Blearospasms according to their severity

There are three types of blerafospasm according to their severity, namely:

Is the mildest condition of blepharospasm. This condition occurs temporarily and is generally triggered by fatigue or stress.

It is a chronic spasm in the eyelid muscle, which can even cause the petals to close for several hours. This condition is most commonly referred to as blepharospasm.

At this stage, muscle spasm has spread to the mouth and tongue. However, this type of blepharospasm, also called Meige syndrome, is a rare condition.

Blefarospasm can occur temporarily, disappear, or last for a long time (chronic). You are recommended to see a doctor if you experience eye twitching or keep blinking for more than one week.

The doctor will ascertain this condition by tracing the history of your complaints, as well as carefully examining the eyes and nerves. If you do experience blefarospasm, your doctor may recommend the following steps to deal with it:


Stress can aggravate blepharospasm. Therefore, you are advised to manage stress well. The methods are, among other things, by fulfilling the need for sleep and rest, learning relaxation techniques (yoga or meditation), and positive thinking.


Drugs commonly given are sedatives, such as clonazepam , lorazepam, or trihexyphenidyl . These drugs are used to relax the eyelid muscles that contract excessively in people with blepharospasm.


Botox injections are performed to weaken the eyelid muscles so that the muscles do not contract continuously. The effect of the injection can last for four months.


This procedure can be selected if other methods of handling are not successful. This operation is carried out by removing part or all of the muscles and nerves in the eyelids and eyebrows which serves to squint the eyes. The success rate of this operation to treat blepharospasm ranges from 80%.

Blefarospasm is one of the disorders of the eyelids that should be treated immediately, because it can get worse over time. Blefarospasm complaints can be consulted by an ophthalmologist or neurologist , so that an examination can be performed and appropriate treatment is given.