Brain aneurysm is a serious disease because it can cause brain damage or even death. Anyone can experience brain aneurysms. However, this condition generally affects women over the age of 40 years. 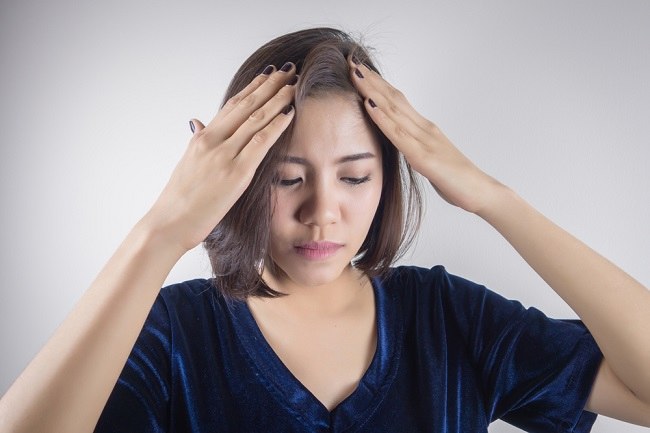 Symptoms of brain aneurysm in each sufferer vary, depending on the severity. In cases of brain aneurysms that have not ruptured, new symptoms are shown when the aneurysm is so large that it suppresses the tissues or nerves in the brain. There are also symptoms such as :


In some cases, brain aneurysms can cause blood leakage . This condition is indicated by severe dizziness and sudden symptoms. Leaking blood is a sign that the risk of aneurysm ruptures is getting higher.
When the brain aneurysm has ruptured , the symptoms that appear can be :


Brain aneurysms occur when blood vessel walls are weakened or thinned. The blood needed by the brain is channeled through four blood vessels through the neck to reach the brain. Aneurysms often occur in weak branches of blood vessels.

The exact cause behind the weakening of the blood vessel wall has not been confirmed. However, several factors are thought to be able to weaken the walls of blood vessels and trigger brain aneurysms. These factors include :

Efforts to prevent aneurysm rupture require careful consideration based on age, family history, and the patient's medical condition, especially the location and size of the aneurysm, to determine the next action.

If the risk of a ruptured aneurysm is small, the doctor will only make regular observations. Patients will also be given blood pressure-lowering drugs, and are asked to change their diet and lifestyle, for example by quitting smoking, exercising regularly, limiting caffeine consumption, and avoiding strenuous activities.

Whereas in patients with a high risk of ruptured aneurysms, the doctor will recommend surgery. This procedure aims to prevent blood flow from entering the aneurysm. One type of surgery is a neurosurgical clipping operation. The aim is to close the aneurysm by using a metal clip in the blood vessel that feeds the blood on the aneurysm, so the aneurysm does not expand and break. This procedure will be preceded by general anesthesia.

Another method of operation is to put a coil in an aneurysm ( endovascular coiling ). This procedure begins with inserting a catheter hose from the artery in the thigh or groin to reach the location of the aneurysm. Furthermore, a platinum-based coil is inserted into the aneurysm. When blood flow cannot enter the aneurysm due to the presence of this coil, it is expected that aneurysm enlargement or rupture can be prevented. Installation of coils may need to be done repeatedly, but this procedure has a shorter recovery period compared to clamping.

For cases of ruptured aneurysms, emergency treatment needs to be done immediately. Doctors can give medications to relieve symptoms and deal with the risk of complications. The drugs given are :


Actions that can be taken to deal with ruptured brain aneurysms are by fitting a catheter hose and making a short channel ( ventricular or lumbar draining catheters and shunts ) to remove fluid from the brain and spine to reduce pressure on the brain .

Post-treatment of brain aneurysms, patients who experience subarachnoid hemorrhage are also recommended to undergo physiotherapy and speech therapy to restore the condition so that they can return to their activities.