Medic Quotes    3:56 PM    Cancer , Health
The breast gland is not only owned by women but also men. In women, this gland begins to develop during puberty because of the increase in the hormone estrogen, and changes in structure over the course of age. The difference in the structure of this gland also determines the results and the ideal method of cancer detection.

The breast gland is located just below the surface of the breast skin and ends at the nipple. The breast gland consists of a series of lobules that function to produce milk, and are connected to the lactiferous duct, as a channel that drains milk to the nipple. 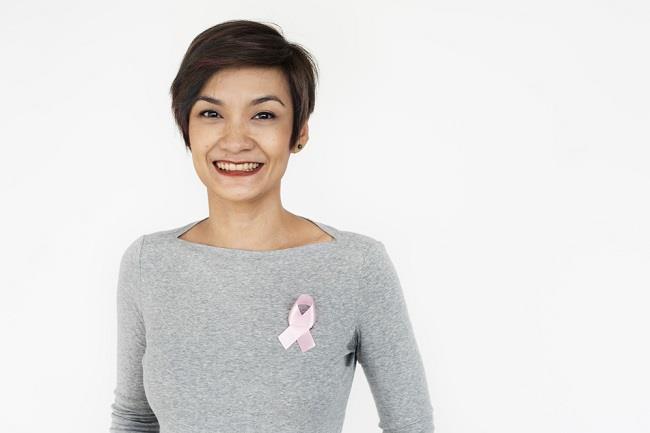 In women, this gland will produce breast milk after labor. The hormone progesterone which during pregnancy interacts with the hormone prolactin to prevent the breast glands from producing milk before labor takes place. After the baby is born, there is a decrease in progesterone levels, but the prolactin hormone level remains high, which causes the breast glands to start producing milk.

When you are not breastfeeding, this channel will be covered by keratin to prevent the entry of bacteria causing the infection, until the same process occurs again in the next pregnancy and childbirth. After reaching menopause, the breast glands experience shrinkage and lose their ability to produce milk.


Based on the area of malignancy, breast cancer is divided into two types: ductal carcinoma, where malignancy occurs in the glandular tract, and lobular carcinoma, where malignancy occurs in the lobules.
Based on its spread, breast cancer can be in situ or invasive. It is called in situ if cancer remains in the area of origin, and is invasive if the cancer cell has spread to other areas.

Among all these types, ductal carcinoma in situ (DCIS) is the most common type and is the earliest form of breast cancer that is usually found during screening examinations.

DCIS is relatively not life-threatening if handled early, but if left unchecked it can develop into invasive. Although in some patients, this condition can be preceded by symptoms such as the discharge of blood from the nipple or the presence of a breast lump, DCIS often does not cause any symptoms so it is usually not diagnosed early.

DCIS is also known as stage 0 breast cancer. Generally, women who get treatment at this stage can recover from cancer. Surgery and radiation can be a therapeutic choice at this stage. Surgical removal of the breast gland or mastectomy, recommended in patients with a family history of breast cancer, cannot tolerate radiation therapy, has certain genetic factors that increase the risk of breast cancer, patients with extensive DCIS areas or if DCIS occurs in several areas.


Early detection and treatment have made more women in recent years survived breast cancer. Perform routine breast self- examination or immediately see a doctor if you feel a lump or other symptoms in the breast, including the breast skin. Routine screening checks usually begin at the age of 40, to detect possible breast cancer.

Routine screening for breast cancer can be done by mammogram examination or by breast ultrasound examination. On this examination, changes can be found in the breast that may not be detected during palpation.

Both methods are not to replace each other, but rather to complement each other. Consult with your doctor, how to check what is suitable for you in routine screening for breast cancer.