Anemia is a condition in which the body lacks red blood cells , which are blood cells that function to deliver oxygen to all organs of the body. Lack of oxygen supply can disrupt the function of organs. 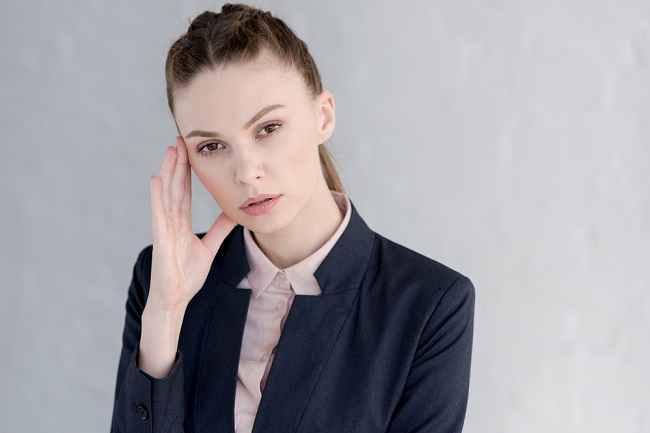 Anemia can be identified by several symptoms, such as often feeling weak, pale, headache, chest palpitations, and difficulty concentrating.


Here are some common types of anemia:


Iron deficiency anemia is the most common type of anemia. This condition occurs due to the body lacking iron, which is an important component in the formation of red blood cells.

A number of conditions can cause iron deficiency anemia, including a low iron diet, pregnancy, chronic bleeding such as due to gastrointestinal or menstrual injuries, impaired iron absorption, side effects of drugs, to certain diseases, such as cancer, inflammation of the intestines, and myoma.

The condition is generally treated by consuming iron supplements and undergoing a diet high in iron. In addition, the cause of iron deficiency anemia also needs to be overcome.

2. Vitamin B12 and Folate deficiency anemia


The body needs vitamins B12 and folate (vitamin B9) to make new red blood cells. Lack of one or both of these vitamins can cause anemia deficiency of vitamin B12 and folate.

This type of anemia can occur due to the low content of the two vitamins. In addition, vitamin deficiency anemia can also occur because the body is difficult or fails to absorb folate or vitamin B12. This condition is also called pernicious anemia.

Treatment of anemia is generally in the form of changes in diet, as well as supplementation of vitamin B12 and folic acid to meet the body's needs for both of this intake.


Hemolytic anemia occurs when damage to red blood cells occurs faster than the body's ability to replace it with new healthy blood cells.

The causes of hemolytic anemia are quite diverse, ranging from hereditary diseases, such as thalassemia and G6PD, autoimmune diseases, infections, drug side effects, to disorders of the heart valves.

Treatment will be adjusted to the severity and causes of hemolytic anemia. Treatment given can be in the form of blood transfusions, administration of corticosteroid drugs, or surgery.


Aplastic anemia is anemia that needs to be watched out because it has a high risk of life-threatening. This condition occurs when the body cannot produce enough red blood cells due to a disruption in the bone marrow, which is the producer of blood cells in the body.

Aplastic anemia can be inherited from parents, but can also occur due to infections, drug side effects, autoimmune diseases, radiation therapy to cancer, and exposure to toxic substances.

This condition is generally overcome by giving antibiotics and antivirals if there are infections, blood transfusions, bone marrow transplants, or administration of suppressant drugs.


Sickle cell anemia results from a genetic disorder that makes red blood cells shaped like sickles. These cells die so fast that the body never has enough red blood cells.

In addition, this abnormal blood cell form also makes it more stiff and sticky so that it can block blood flow. Giving medication can be done to prevent the condition from getting worse. However, the only way to overcome this type of anemia is by a bone marrow transplant.

There are many types of anemia, and the causes can vary greatly. There are some types of anemia that can be prevented, but some are not preventable (anemia is passed from parents to children).

If you feel the symptoms of anemia, especially if there are factors that make you risk suffering from anemia, you should check with your doctor to make sure. The doctor will also identify the type of anemia you are suffering from and its causes, and provide appropriate treatment.