Medic Quotes    9:46 AM    Health
Drinking milk after taking medication is believed to help reduce drug side effects. However, this does not apply to all types of drugs. There are certain drugs that can actually cause bad effects if taken together with milk.

In general, drugs contain certain substances that can cause drug interaction effects if taken together with other drugs, supplements, or certain foods and beverages, including milk. 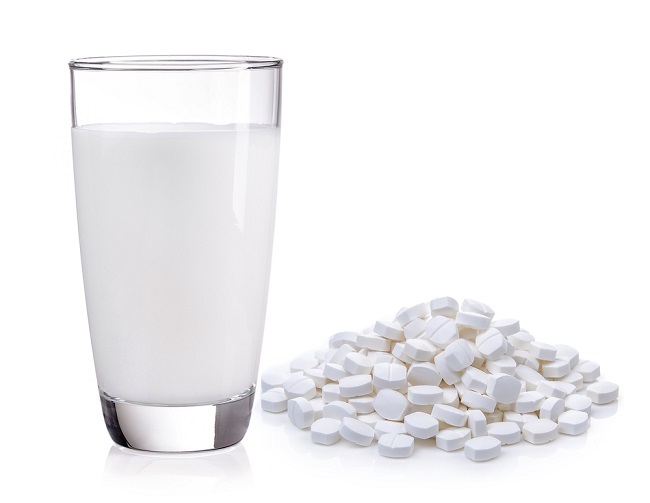 Drug Interactions with Food and Milk


To ensure that this does not happen, ask your doctor or pharmacist about how to take the correct medication, and whether the drug can be taken using drinks other than water.


For certain drugs, drinking milk after taking medication is considered safe, it can even help the absorption of drugs and reduce digestive disorders due to side effects of drugs, such as nausea, vomiting, gastrointestinal irritation, or abdominal pain.

While for several other types of drugs, drinking milk after taking medication is not recommended, because the ingredients contained in milk can inhibit the work of the drug.

Drugs that can be consumed by milk

In addition to corticosteroids, drugs that can be taken together with milk are a group of nonsteroidal anti-inflammatory drugs ( NSAIDs ). Milk serves to prevent side effects in the form of stomach irritation or abdominal pain, and nausea due to the use of these drugs.


Tetracycline antibiotics and quinolone groups are examples of drugs that are not recommended for consumption with milk. This is because calcium in milk binds the active substance in antibiotic drugs, so it cannot be absorbed by the intestine. As a result, the work of the drug is not optimal.

Basically, each drug has rules of use, effects of drug interactions, and different side effects. Make sure you read the information on the package if you use over-the-counter drugs.

If the medicine is obtained from a doctor's prescription, ask the doctor and pharmacist whether the drug should be consumed with milk. Do not hesitate to consult a doctor if you experience side effects of the drug, such as abdominal pain, vomiting, diarrhea, and drug allergies.