Fetalis Hydrops, Conditions that Can Threaten a Baby's Life

Medic Quotes    10:23 AM    Family , Health
Hydrops fetalis is a condition in which there is severe swelling in two or more parts of the baby's body in the womb or newborn, for example in the lung and heart organs. This condition includes dangerous conditions that can threaten a baby's life. 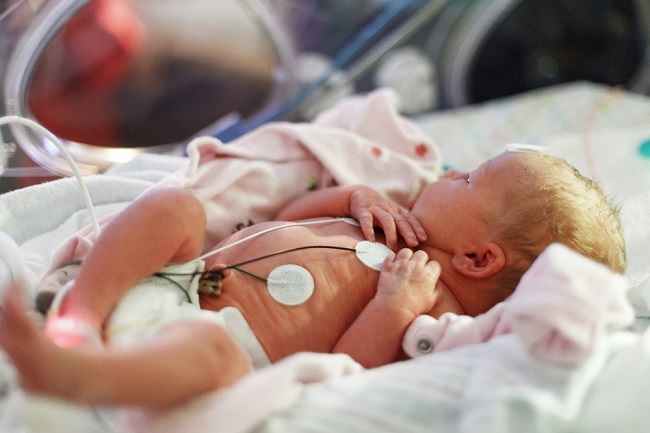 Types of Fetal Hydrops According to the Cause


There are two types of hydrops fetalis, namely immune and non-immune. Both have different causes. The following is the explanation:


This condition occurs due to rhesus incompatibility, which is when the rhesus blood of pregnant women is negative and rhesus blood in the baby is positive.

These mismatches make the immune system of pregnant women consider baby blood cells as foreign objects that need to be destroyed. In severe cases, severe fluid accumulation can occur in the baby's body to disrupt the function of his organs. This condition is called hydrops fetalis.

However, hydrops fetalis immune can be prevented by early detection when pregnant women undergo prenatal care. If there is a blood rhesus mismatch between the mother and the baby, the mother will be given Rh immunoglobulin


Non-immune hydrops fetalis is the most common type of hydrops fetalis, accounting for about 90% of cases. This condition is caused by certain diseases that interfere with the ability of the baby's body to control body fluid levels.


During pregnancy, hydrops fetalis can be recognized by too much or less amniotic fluid, the baby's movements are less active, abnormal thickening of the placenta, and enlargements of several baby organs, such as the heart, liver, lung, or spleen. These signs can be identified through an ultrasound examination.

Whereas in newborns, hydrops fetalis can be identified by the following signs :


Babies with hydrops fetalis have a higher risk of being born prematurely. The risk of infant mortality will increase if hydrops fetalis occurs in premature infants accompanied by several other conditions, such as congenital heart abnormalities, birth defects, and pulmonary swelling which causes babies to have difficulty breathing.


Handling hydrops fetalis is difficult to do while the baby is still in the womb. But in some cases, doctors can carry out blood transfusions to the fetus, especially an anemic fetus, to improve their ability to survive.
Doctors may also give antiarrhythmic drugs if the fetus with hydrops fetalis has a heart rhythm disorder (arrhythmia).

If possible, babies with hydrops fetalis will be born faster, either by stimulating labor using an induction procedure or by cesarean section.

After the baby is born, handling hydrops fetalis can be done by :


Hydrops fetalis is a dangerous condition that can be fatal in infants, both still in the womb and newborn. Therefore, it is important for pregnant women to carry out routine pregnancy checks to the obstetrician as a step to prevent and treat early hydrops fetalis.