Fish Consumption Is Not Forever Healthy, Beware of Danger of Mercury

Medic Quotes    3:38 PM    Health
Although it is one of the healthiest foods, some types of fish are at risk of containing high levels of mercury, which can be harmful to health. To avoid the danger of mercury in fish, first, consider the following discussion.

The World Health Organization (WHO) states mercury as one of the substances that can cause health problems. Mercury (Hg) is a heavy metal that is naturally present in the soil, water, and air. Mercury is also usually found in factory waste, which then pollutes the water. This mercury content in water will settle in the body of fish, fish-eating animals, and shellfish which are then consumed by humans. 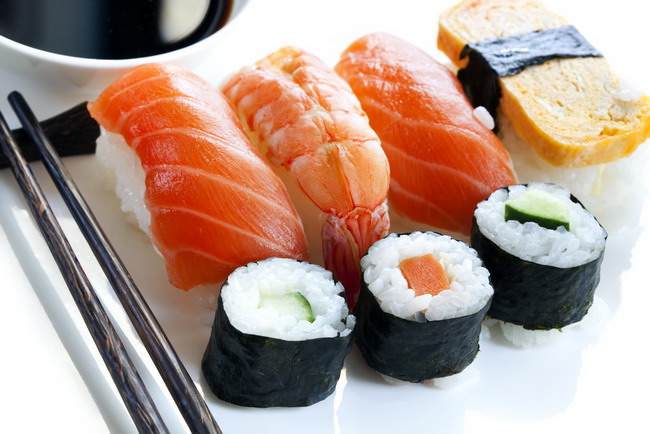 The danger of Mercury for Health


Mercury can enter the human body through direct exposure to the skin, inhaled air, and food or drinks consumed.
In high levels, exposure to mercury can harm the immune system, brain, lungs, heart, and kidneys. In fetuses, infants, and children, exposure to metal mercury can damage the nervous system and interfere with brain function, so that it can reduce their ability to learn and think. Birth defects and death are other risks due to exposure to mercury, which is vulnerable to the fetus.

The higher the amount of mercury that enters the body, the greater the possibility of health problems. The danger of mercury in humans can be identified by the signs below:


The Minamata tragedy in Japan is the most famous case of mercury poisoning in history. People who are exposed to mercury in the tragedy experience neurological disorders, such as hearing and vision loss, trembling bodies, and psychiatric disorders.

Many types of fish contain mercury


The levels of mercury in fish bodies vary, and this depends on the age of the fish and the type of fish food, whether these fish consume other marine animals or plants. Generally, the higher the position of a type of fish in the food chain, the higher the mercury level. This is because mercury in the body of the prey will settle in the body.
The following are some types of fish that contain a lot of mercury:


How to Avoid the Dangers of Mercury in Fish


Apart from the danger of mercury, nutrients in seafood are a pity to miss. Even though fish can contain mercury, it does not mean we cannot eat fish at all.

There are several ways that can be done to avoid the danger of mercury in fish, including:

Avoid or limit consumption of fish that have the potential to contain high levels of mercury. Women who are planning a pregnancy, pregnant women, nursing mothers, as well as babies and children, are advised not to consume high-grade fish, and be more careful in choosing the types of fish that are safe for consumption.


Avoiding the consumption of fish species that contain a lot of mercury and how to cook properly can minimize the risk of exposure to mercury, so the danger of mercury to health can be prevented. If you feel a complaint that is suspected of being a symptom of mercury poisoning, see a doctor immediately to get an examination and treatment.