Gastric cancer rarely causes specific symptoms at an early stage. Symptoms can include flatulence or heartburn and are often only considered a complaint of heartburn. 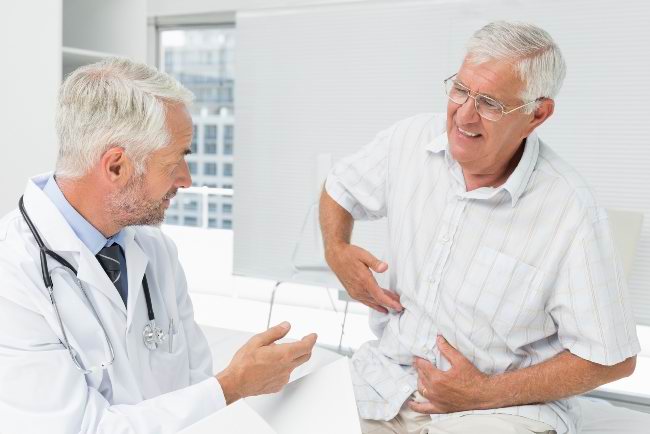 This condition makes gastric cancer difficult to diagnose early, and generally only diagnosed after entering the final stage. This will certainly affect the chances of recovery.


Gastric cancer results from a genetic change in the stomach cells, which causes these cells to grow abnormally and uncontrollably. These cells are called cancer cells.

The cause of the genetic changes in gastric cells is not known with certainty. However, there are several factors that are known to increase a person's risk of developing gastric cancer, namely:


Gastric cancer is also more at risk for people who have had the disease below:


In addition to these factors, lifestyle and diet can also increase a person's risk of developing gastric cancer. The lifestyle in question is:


Gastric cancer in the early stages often causes no symptoms. Even if symptoms appear, it is generally considered a symptom of normal heartburn. The following are some of the symptoms that people with gastric cancer can feel at an early stage:


Advanced stomach cancer will cause more severe symptoms. At this stage, new patients generally come to see a doctor. Some of the symptoms of gastric cancer at an advanced stage are:


When to see a doctor


If you often experience complaints of stomach ulcers or recurrent digestive disorders, you should consult a gastroenterologist. Gastroenterologists can do gastric binoculars ( gastroscopy ), to see the condition in the stomach.

Vomiting blood or bloody bowel can make people with gastric cancer experience shock that can be fatal.

Immediately go to the emergency room of the nearest hospital if you experience this complaint to get immediate treatment.

Next, the doctor will do a physical examination of the patient's abdomen to see if there is swelling and pain when the stomach is pressed. Doctors can also do digital rectal examinations to detect bloody bowel movements.

To ascertain whether a person has gastric cancer, the doctor will conduct a follow-up examination in the form of:


Gastroscopy or gastric binoculars are performed by inserting a device such as a hose equipped with a camera into the stomach through the mouth. This tool can help doctors see the condition of the stomach while taking samples of gastric tissue to be examined in the laboratory.


X-rays can help doctors see abnormalities in the stomach lining. In order for the results to be clearer, the patient will be asked to drink a special solution as a coloring agent, before the examination is carried out.


A blood test in the laboratory is done to find out if there is a Helicobacter pylori infection, as well as to check the function of other organs, such as the liver and kidneys.


The doctor can also take a patient's stool sample to check for blood in the stool.


The examination using ultrasound waves aims to see whether gastric cancer has attacked other digestive organs, especially the liver.


A CT scan is performed to determine the development and spread of cancer.


This procedure is performed using a device such as a gastroscopy but is inserted through a small incision in the abdominal wall. Laparoscopic surgery aims to determine the spread of gastric cancer tissue.


Based on the severity and spread, gastric cancer is divided into 4 stages, namely:


The determination of the severity of gastric cancer can be done through the examinations described earlier. Determining the stage will help the doctor to provide appropriate treatment.


Gastric surgery is done to remove cancerous tissue from the stomach. The type of surgery performed depends on the stage of the patient's cancer. If the cancer is still in the early stages and has only recently developed in the lining of the stomach, surgery can be done with the help of a gastroscopy.

Another surgical method that a doctor can choose to treat gastric cancer is a gastrectomy. Through this procedure, the doctor will remove part or all of the stomach affected by cancer.

Gastrectomy is done if the cancerous tissue has spread to other parts of the stomach to the surrounding tissue. Through a gastrectomy, part of the tissue around the stomach and lymph nodes can be removed.

Radiotherapy must be done regularly and the schedule will be arranged by a doctor. Although not feeling sick when the radiotherapy procedure is performed, patients can experience side effects afterward, in the form of diarrhea, fatigue, nausea, vomiting, and indigestion.


Chemotherapy will be combined with radiotherapy or surgery. For advanced, inoperable gastric cancer, chemotherapy can help inhibit the development of cancer and relieve perceived symptoms.

Chemotherapy can take several weeks to several months. This procedure will cause several side effects, such as nausea, vomiting, diarrhea, anemia, hair loss, and weight loss. Usually, these side effects will disappear after the chemotherapy treatment ends.


In end-stage gastric cancer, treatment is usually only focused on reducing symptoms, so that patients feel more comfortable.


To avoid gastric cancer, you can do the following steps: