Medic Quotes    2:33 PM    Cancer , Health
The method of treatment for patients with liver cancer depends on age, stage of cancer, and the patient's health condition. Some commonly used treatment methods include: 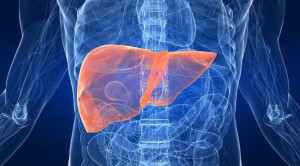 
Surgery is performed if the size of the cancer is small (there is one tumor less than 5 cm or 2-3 tumors measuring less than 3 cm) and has not spread to other organs. One surgical method for liver cancer is partial hepatectomy, which is surgery to remove parts of the liver that are affected by cancer. This choice is made if the patient's liver condition is still good.

Another surgical option for liver cancer patients is liver transplantation. This procedure is done by removing the patient's liver and replacing it with the liver of the donor. Although it can reduce the risk of liver cancer happening again, patients have to wait long enough to get a donor. Besides having to get a suitable liver, there are not enough liver donors. In many cases, patients can undergo ablation or chemoembolization while waiting for donor availability.

Like all medical procedures, liver cancer surgery also has risks. These include infection, bleeding, blood clots, and complications due to anesthetic reactions (anesthesia).


Ablation aims to destroy cancer cells without having to lift them. This method is used in small cancer cells or applied if the patient cannot undergo surgery. Some ablation methods include:

This procedure is done by making an incision in the abdomen, and inserting one or several needles into the location of the tumor. The needle is then electrified to heat and destroy cancer cells.

Just like RFA, cryoablation aims to destroy cancer cells, but by freezing them using liquid nitrogen.
Ethanol ablation is done by injecting ethanol directly into the tumor to kill cancer cells. This procedure is also called percutaneous ethanol injection (PEI).


Embolization is the procedure of injecting drugs to block or reduce blood flow to cancer cells in the liver. This procedure is done if the tumor size is more than 5 cm.


Chemoembolization or transarterial chemoembolization (TACE), is a therapy that combines chemotherapy and embolization. This procedure is done by injecting the drug into the cancer area and inhibiting blood flow to the cancer cells in the liver.
Chemoembolization is performed on patients who cannot undergo surgery, and in patients who are waiting for a liver donor. In addition, chemoembolization can be done to shrink the size of the tumor, until it is small enough to be removed through surgery.
This procedure should not be carried out in people with cirrhosis, liver and kidney dysfunction, blood clotting disorders, or there is a blockage in the bile duct.
Radioembolization is a type of internal radiotherapy, to treat cancer that cannot be removed surgically. This procedure is also performed on intestinal cancer that spreads to the liver. Radioembolization is done by inserting small balls called microspheres into blood vessels that supply blood to the liver ( hepatic artery ). In addition to functioning to inhibit the blood supply to cancer cells so as not to develop, the microsphere also releases radiation to destroy the cancer cells.

Apart from being used to shrink cancer cells, external radiotherapy can also relieve symptoms, such as pain. However, this therapy should not be done too often, especially if the radiation is high enough. This can damage healthy liver tissue.

Another radiation therapy method is stereotactic radiosurgery, which is to shoot radiation beams into the tumor cells in a focused manner. The radiation beam will be fired repeatedly, in one or several days.


Target therapy is the administration of drugs in the form of tablets, which are commonly used in advanced liver cancer. This therapy is used if other therapies are ineffective. Drugs commonly used in targeted therapy are sorafenib and regorafenib. Both of these drugs work by preventing the formation of new blood vessels and inhibiting the amount of protein that cancer cells need to grow.