Medic Quotes    1:54 PM    Cancer , Health
Treatment and treatment for lung cancer depend on the type, size, position of cancer, and the stage of cancer suffered. The health of the sufferer is also influential in determining which treatment can be taken. 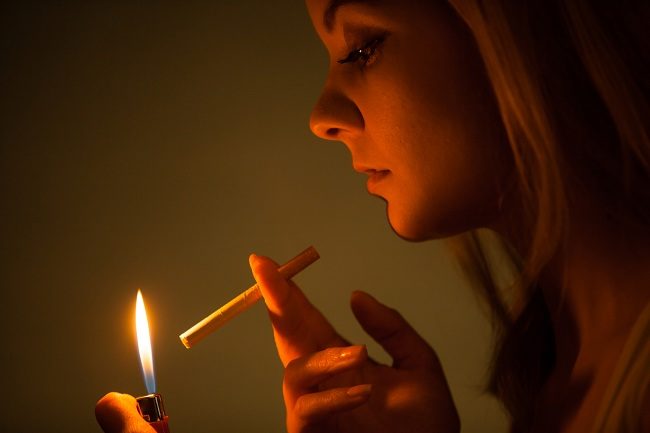 Cancer removal surgery can be done if the cancer is only on one side of the lungs and has not spread. In addition, the health condition of patients with lung cancer needs to be examined whether it is possible to do the surgery.

Cancer removal surgery will usually be followed by chemotherapy to eliminate the remaining cancer cells.
For cancer that has spread, only radiotherapy and/or chemotherapy can be done. In addition, biological therapy is also available as an alternative to chemotherapy. Biological therapy aims to control and suppress the development of cancer.

Surgery for removal of lung cancer


Surgery is performed to remove lung cancer and some healthy tissue around it. This is done in anticipation if there are cancer cells that have spread.

Wedge resection is a surgical procedure that removes a small portion of lung tissue because the existing tumor is small or if the patient's lung performance has decreased due to previous lobectomy surgery.

Lobectomy is the process of removing all parts of the lobe in one lung. The lobe is the part of the lung that has clear boundaries. The right lung consists of three lobes, while the left lung is from two lobes. In a lobectomy procedure, the entire lobe of the cancerous lung will be removed. The lungs can still function with the remaining lobes.

Patients will still be able to breathe after the above operations. If a portion of the lungs is removed, the remaining tissue will expand after a while. This will make breathing easier. It took several weeks to fully recover from lung surgery.

As with other operations, surgical removal of the lungs may also lead to complications. Examples of complications of lung surgery include inflammation of the lungs, bleeding, and blood clots.


Radiotherapy uses radiation energy to kill cancer cells. Especially in postoperative conditions, this procedure can also be used to kill the remaining cancer cells. If surgery is not possible, radiotherapy is done to relieve symptoms or pain and slow the rate of spread of cancer.
Possible side effects that can occur due to radiotherapy are as follows:


Chemotherapy is carried out periodically within a few weeks or months with a break to recover. The handling procedure uses drugs to kill cancer cells, slow the growth of cancer cells, and inhibit their spread.

Chemotherapy is also sometimes given before surgery in order to make cancer shrink and become easier to remove. In addition, chemotherapy can also be done postoperatively to kill the remaining cancer cells. Another function of chemotherapy is to relieve pain and reduce symptoms of cancer.

Side effects that will arise due to chemotherapy include physical fatigue, nausea, vomiting, canker sores, hair loss, and the appearance of stomach ulcers. Chemotherapy can also make the body more susceptible to infection.


Treatment steps that can be used to treat early-stage lung cancer in patients who refuse to take surgical steps. In this therapy, a float tube will be inserted into the location of the tumor. Then the laser beam will be fired through the tube to destroy cancer cells.


This step of treatment is an alternative to chemotherapy. This therapy uses drugs such as erlotinib and gefitinib which function to inhibit the growth of cancer cells. This therapy is usually recommended for those who have non-small cell lung cancer that has spread so that it is difficult to treat with radiotherapy or surgery.


This medical action can be done if cancer has begun to clog the airways. A tool called cryoprobe will be placed on the tumor, then produces a very cold temperature. The cold temperature will shrink the tumor.


This is a type of treatment to treat small cell lung cancer that can be diagnosed at an early stage. The doctor will use a CT scanner to direct the needle to the tumor. After the needle punctures the tumor, radio waves will flow to the needle. The heat produced by radio waves will kill cancer cells.

Complications that generally occur after radiofrequency ablation are the appearance of air sacs trapped between the inner and outer layers of the lungs.