Medic Quotes    7:09 PM    Family , Health
Besides having benefits, black coffee actually also has side effects for the health of the body, especially if consumed in excess. Then, what are the benefits and side effects of consuming black coffee? See the following explanation .

For some people, eating a cup of coffee in the morning has become a routine habit every day. Black coffee is chosen because of its distinctive taste and stimulant effects that can make people feel energized and eager to move.

Although it has health benefits, this drink also has side effects. Not a few people who complain of heart palpitations or difficulty sleeping after drinking black coffee, especially if the amount of coffee drunk too much. In addition, in some people, black coffee can also cause bloating and pain in the pit of the stomach. 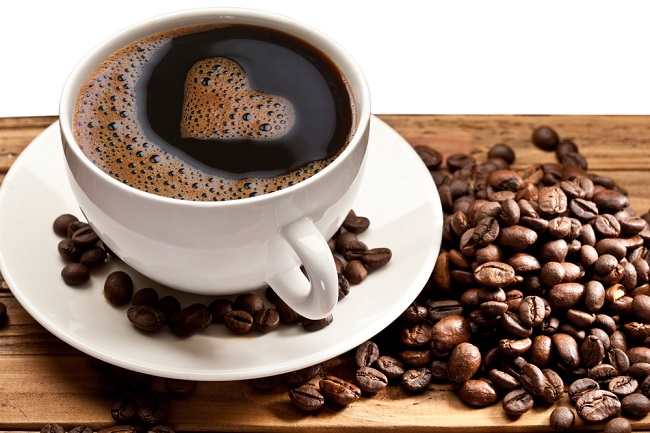 A study found that in black coffee contained antidepressants that were able to prevent depression . In addition, people who regularly consume black coffee are also more likely to avoid the risk of suicide due to depression.

Besides making you more alert, caffeine in coffee can improve your memory. Research found that caffeine can increase the brain's ability to store long-term memory.

3. Prevent a decrease in brain function

Eating black coffee can also reduce the risk of developing neurodegenerative diseases, such as Alzheimer's disease, dementia, and Parkinson's disease .

Some studies have found a link between caffeine consumption in the long term and the risk of neurodegenerative disease. This is supported by the results of other studies that reveal that consumption of caffeine can slow the process of decreasing brain function due to aging.

Another benefit of consuming black coffee is reducing the risk of developing type 2 diabetes . Because the caffeine contained in coffee can increase the body's sensitivity to insulin.

Not only that, the caffeine content in coffee can also reduce the risk of heart disease. The reduced risk of the appearance of these two diseases is related to the chlorogenic acid content contained in caffeine.

Side Effects of Eating Black Coffee

The following are some of the side effects that can arise from consuming black coffee excessively:

If consumed in excess black coffee can cause you to have difficulty sleeping. Lack of sleep will reduce your alertness and performance during the day. Therefore, limit your intake of black coffee so that it doesn't interfere with your rest time at night.

Anxiety or anxiety can also arise when you consume black coffee excessively. Because the caffeine contained in coffee can prevent the release of the hormone adenosine (fatigue hormone) in the brain, making it difficult for you to feel calm and rest.

Black coffee has a laxative effect and stimulates the release of stomach acid, so that if consumed excessively, it can cause stomach pain. In addition, excessive black coffee consumption can also worsen the condition of gastric acid (GERD) , which will cause complaints in the form of heartburn.

Another side effect that can arise from consuming too much black coffee is a heart palpitations. Caffeine in black coffee will stimulate the heart to beat faster. To prevent this, you need to limit consumption of black coffee.